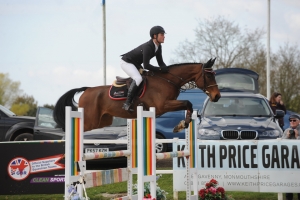 Born in 1990, Adrian was always encouraged to ride from a young age by his mother. He started off eventing at the age of 15 and worked his way up the levels winning at intermediate level and competing in young rider trails, although passionate for eventing his love for showjumping was always apparent and at the age of 21 after selling his best horses he made the decision to commit all his effort into pure showjumping. Starting from scratch with young horses he has slowly plugged away to build up a string of showjumpers and now has four horses jumping 1.40 and above and a string of lovely up and coming young horses. Last year saw Adrian and his horses come of age and they finished the year with great results out at the International in Mijas, Spain. 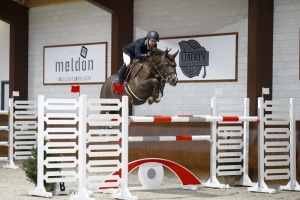 As a junior, Jamie gained a reputation as a capable and natural pony rider, always producing his ponies from novices. He enjoyed much success and the move on to horses was a natural one. Jamie spent time learning his trade in the established stables of Liz Edgar and later Tim Stockdale before setting up his own stables near Leamington Spa, Warwickshire.

In recent years Jamie has proven himself to be highly gifted at identifying and producing talented horses. In the past, Jamie has been very successful in producing  horses for sale but increasingly now we are privileged enough to also have owners that wish to hold on to their horses for the purpose of the sport. Jamie is continuing to cement his reputation as a top competitor as well as producer. 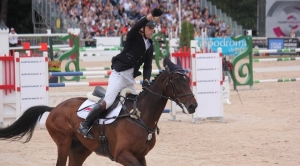 Growing up with horses it was inevitable that Alex would have a career within the equestrian world. Alex enjoyed success as a child in pony club mounted games before concentrating on show jumping.

Alex then took a break from riding at the age of sixteen but continued working with horses where he began his training to become a registered farrier. Alex qualified with distinction starting his own horse shoeing business which is how he met his wife Simmone. It was with Simmone that he had his first insight into eventing and then began to ride and compete horses again. Today he manages to balance both being a farrier and a successful event rider. Alex has huge ambitions within the sport and is aiming for Badminton 2017. Alex once again features in the top 100 list of riders following the 2016 season.

Another happy customer taking delivery of their ne

Throw back to @bicton_arena September Spectacular

Learn more about the team

This site uses cookies. By continuing to browse the site, you are agreeing to our use of cookies.

We may request cookies to be set on your device. We use cookies to let us know when you visit our websites, how you interact with us, to enrich your user experience, and to customize your relationship with our website.

Click on the different category headings to find out more. You can also change some of your preferences. Note that blocking some types of cookies may impact your experience on our websites and the services we are able to offer.

These cookies are strictly necessary to provide you with services available through our website and to use some of its features.

Because these cookies are strictly necessary to deliver the website, refuseing them will have impact how our site functions. You always can block or delete cookies by changing your browser settings and force blocking all cookies on this website. But this will always prompt you to accept/refuse cookies when revisiting our site.

We fully respect if you want to refuse cookies but to avoid asking you again and again kindly allow us to store a cookie for that. You are free to opt out any time or opt in for other cookies to get a better experience. If you refuse cookies we will remove all set cookies in our domain.

We provide you with a list of stored cookies on your computer in our domain so you can check what we stored. Due to security reasons we are not able to show or modify cookies from other domains. You can check these in your browser security settings.

We also use different external services like Google Webfonts, Google Maps, and external Video providers. Since these providers may collect personal data like your IP address we allow you to block them here. Please be aware that this might heavily reduce the functionality and appearance of our site. Changes will take effect once you reload the page.